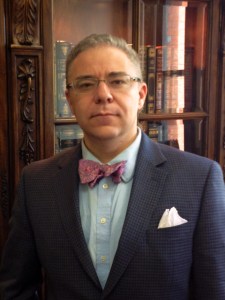 Mr. Mantel views the practice of law as a humanistic discipline which involves timeless human problems. He seeks to establish lasting relationships with his clients, shunning faddish jargon and modish trends in favor of continuity and fidelity to a venerable legal tradition. He maintains contact with his clients throughout the world, always considering the way the legal resolution of a case will affect their reputation and standing in their respective countries.

Prior to joining our firm, Mr. Mantel worked at a law firm in France where he advised a broad range of international clients on investment in the United States and on employment and company law issues in France and the European Union. He also practiced law in New York City where he advised U.S. and foreign companies on public and private international law, investment, and strategies for mitigating risk associated with foreign joint-ventures. Mr. Mantel also participated in defending numerous class-action litigations in the pharmaceutical industry.

Mr. Mantel has enjoyed living in many countries including Russia, France, Germany, Denmark and England. The tremendously varied points of view he encountered while abroad permits him to understand the particular concerns of his clients with a tact and depth truly uncommon in the workaday bustle of today’s economy. He speaks Russian and French, understands both the common and civil law traditions, and is steeped in the bosom of the great cultural heritages of the world.

Mr. Mantel is a graduate of Villanova University School of Law where he concentrated on private international law and of New York University where he concentrated on finance and the humanities. Since his student days, he has participated in several cultural exchanges including introducing American student groups to the great master paintings at the Hermitage museum in St. Petersburg. For his leisure Mr. Mantel delights in literature, film and cooking.

Fill out the details below to request a free evaluation